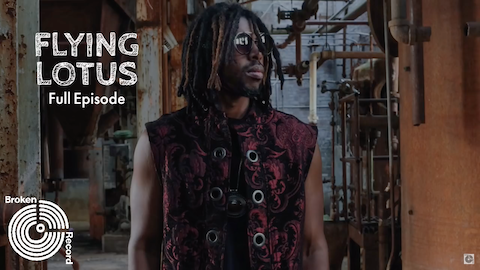 Flying Lotus is one of those producers who creates an entire aesthetic world with the music he makes. Over the past 13 years he’s released four solo albums, and produced tracks for a ton of artists including Kendrick Lamar, Thom Yorke, and Thundercat. In this episode FlyLo talks to Rick Rubin about visiting his great aunt Alice Coltrane’s ashram, his peak creative hours, and why he directed a horror movie despite being scared to death by the Thriller video as a kid.